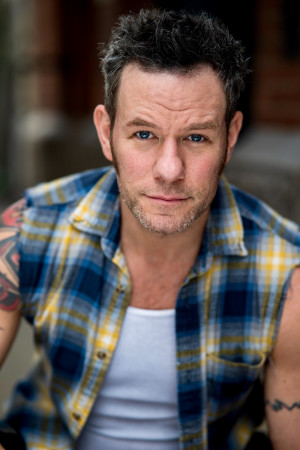 Josh first caught the public’s attention in his role as series regular, Cory, on here! Television’s, Dante’s Cove, leading to future television roles, including Gotham on FOX, Boardwalk Empire on HBO, MTV's Eye Candy, NBC Television’s series Kings, the Biography Channel’s Celebrity Close Calls and Discovery Channel’s Mob Confessions. Movies on Netflix include Set it Up (starring Taye Diggs and Lucy Liu) and Aleksandr's Price (also available on Amazon Prime). Josh can also be seen in the frequently-televised infomercial fitness video, Insanity.  Josh was so thrilled to finally land a Dick Wolf TV show when he got to guest star in Season 3, Episode 6 of FBI on CBS.

In addition to his work in television, Josh has appeared in independent movies, including such noted films as the international indie film, Aleksandr's Price, Screaming in Asian, Aversion, The Way I See Things, Take Out, Missing Jane and Yitzy.

Josh's most recent theater performance was starring in the world premiere of acclaimed writer, Ronnie Larsen's "Happy Ending" at the Empire Stage Theatre in Ft. Lauderdale. Josh's previous stage performance was as Roy Bryant in Emmett, Down in My Heart (Based on the true story of Emmett Till which started the Civil Rights Movement) at the Castillo Theatre for The Allstars Project on Theatre Row in New York City. Other stage credits include such Off-Broadway productions as Birdy’s Bachelorette Party, Pirate Pete’s Parrot and the starring role in the New York City Fringe Festival production of Pieces on the Board, written and directed by Tim O'Leary, writer and co-creator with Josh Berresford of the TV Pilot "Wolf Island", which had a staged reading for the SAG Foundation in New York City. It is currently being considered at different Networks, including Netflix.